The Avro Lancaster Bomber for most that know what the aircraft represents plays a special part in the nation’s history, and those surviving examples play a role as a fitting reminder to over 55573 brave young airmen who at an average age of just (22) some as young as (18) lost their lives in the pursuit of freedom during the allied bombing offensive of World War Two.

Only a handful of the 7377 Lancaster’s built survived the war and with limited access to those that remain the vast majority of general public do not get the opportunity to board these iconic aircraft and take in the history.

My name is Martin Willoughby and as a child growing up most kids had airfix to play with, however I was different I had the real thing! Many years later and as an adult and about 10 years ago I came up with a concept to enable the provision of a service in order to maintain the memory of Bomber Commands airman and to highlight what they actually did through an Interactive and educational experience.

My concept developed into a Project which is actually in honor of my late Father “Ted Willoughby” a Bomber Command veteran and Lancaster Engine Fitter who served on the famous 467 Sqn Lancaster BMK1 PO - S for Sugar R5868 which now resides at the RAF Museum Hendon and played a major role in saving her for posterity and restoring her to her former glory.

My Father Ted Willoughby’s efforts I witnessed growing up, and as time has gone by I have come to realize that his actions had such a profound impact on so many that he should really have been officially honored for his achievements but sadly never was.. So the creation of my project is my own effort at honoring his memory and telling his story and that of Sugar albeit in a belated way. I worked with my Father on Sugar from the late 60’s to the Late 70’s he and I would tinker away rebuilding her always after opening hours at the museum, we had to do it that way otherwise his work would be interrupted with people asking to come aboard a funny side effect was started by the museum cleaners some of which believed Sugar was haunted in reality it was me and my Father they had heard! however the fact that my dad wore white overalls didn’t help and one cleaner swore she saw a ghost when she heard a noise and looked up through the bomb aimers blister to see an airman stood in the cockpit dressed in white coveralls. 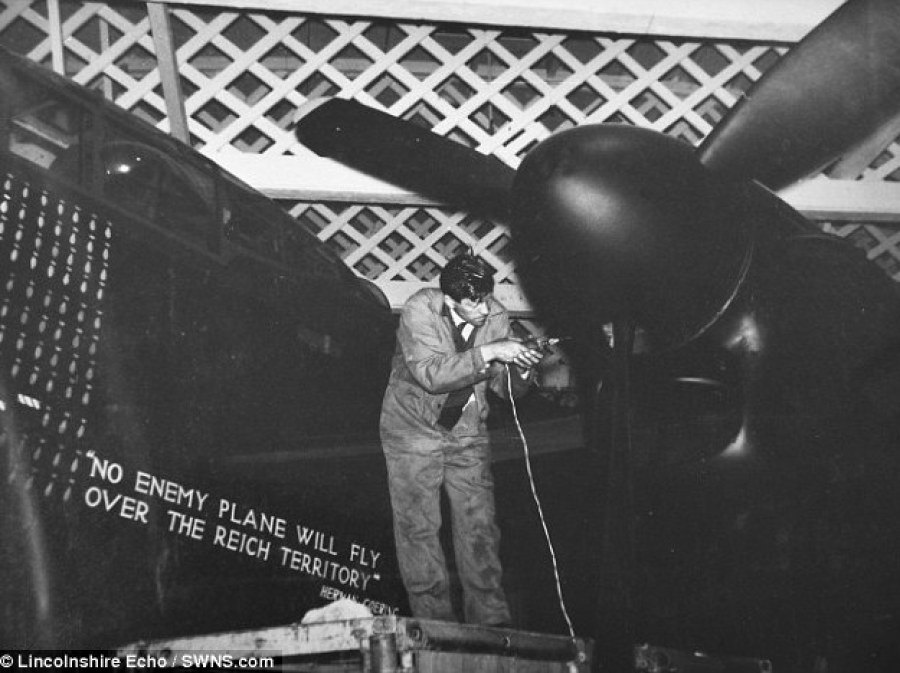 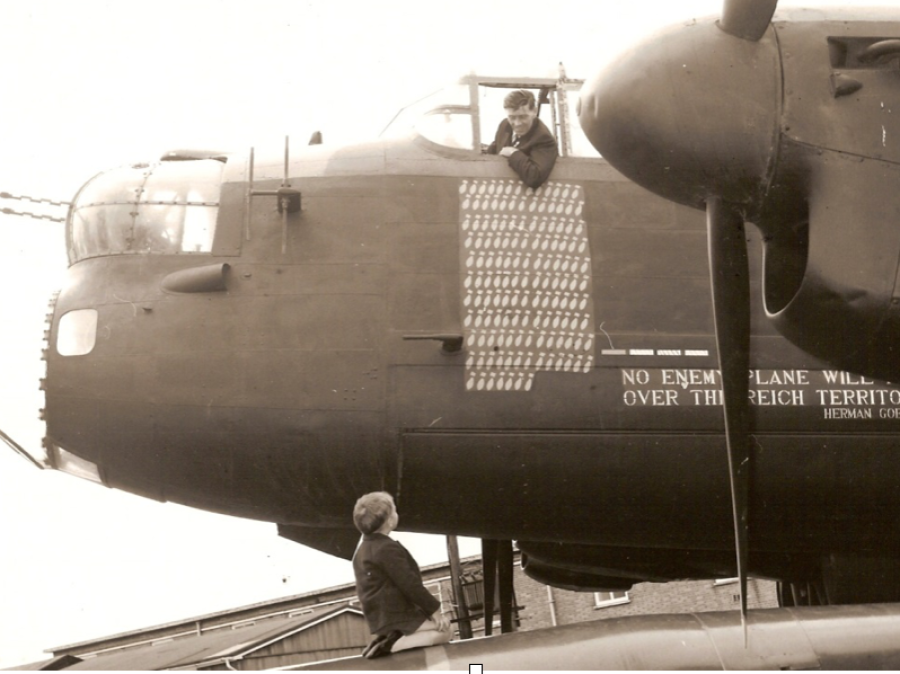 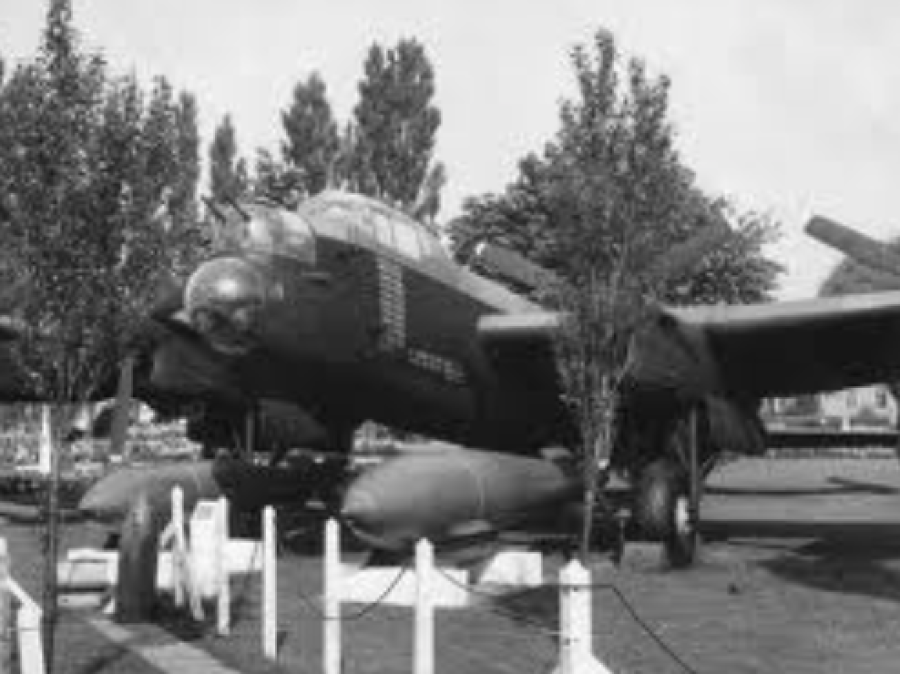 Post war my Father rediscovered Sugar at RAF Scampton in 1969 and played a major part in restoring her and saving Sugar by campaigning to have her placed at Hendon, initially Ted was told “No” to the idea of placing Sugar at Hendon, she could not be initially considered as another airworthy Lancaster had already been selected for the purpose, (PA474 today the BBMF aircraft). At this time the RAF Museum was being readied for opening and Sugar was outside open to the elements decaying - internally gutted and in a very poor state.

Ted could not bare to see Sugar in this condition he remembered her as a once proud aircraft held up in the highest esteem and utilised during the war as a propaganda tool encouraging other airmen with the message it can be done, while promoting the war effort and sending a clear message to the enemy that our aircraft are making it there and back, the reality was somewhat different but the fact remains without the Lancaster the war would not have been won. 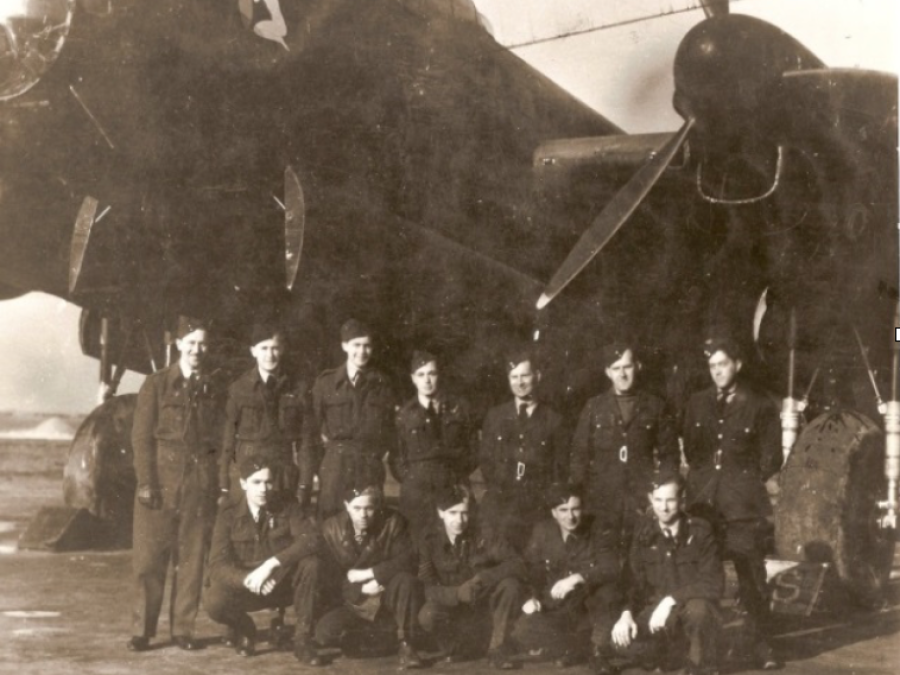 Left Picture Ted Willoughby back row extreme right under Sugar when she had the naked lady nose art and picture on right shows Sugar in the snow with her nose art becoming more familiar with a mix of crew - ground crew including Ted second from left. 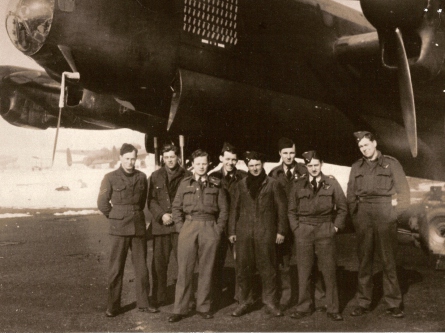 Ted didn’t take no for an answer, his campaigning involved him pointing out the fact that PA474 was built at the end of the war and saw no active service, by contrast R5868 was a war veteran and the first allied bomber to reach 100 operational sorties completed - she went on to complete 137 operational sorties and was therefore a national treasure worthy of saving! Ted eventually got his wish and his success in securing Sugars future inadvertently kept PA474 out of the museum which has since resulted in crowds being delighted both at Hendon seeing Sugar preserved and by seeing a Lancaster in the air ever since, the very best outcome imaginable.

I was with my Father when he rediscovered Sugar and I recall going on board and being met with a scene of decay, Sugar was bare! All internal components had been removed and the exposure to the elements had taken its toll, my Father first secured permission to set about restoring Sugar, he then set about sourcing all of the internal components and we worked at Scampton and later at Hendon on her restoration, work continued for many years after, he single handedly sourced all Sugars internal components with his own money - restored and installed them. He also conducted external work including the installation of Sugars Merlin’s after her move to Hendon, he also manufactured and installed flame dampers made during the war to cover up the exhaust stubs that otherwise glowed and spewed flames bright in the night sky that acted as a beacon to night fighters and ground based defenses, he also made the cable cutters on the leading edge. After many thousands of Man hours and a great deal of his own money Ted completed Sugar and she was internally re-fitted out. A ceremony took place to mark the restorations completion where Bomber Harris unveiled a plaque commissioned by my Father to honor Roy Chadwick the famous Lancaster designer who he admired so much, understanding both the innovative engineering and the positive impact the type had on winning the war. 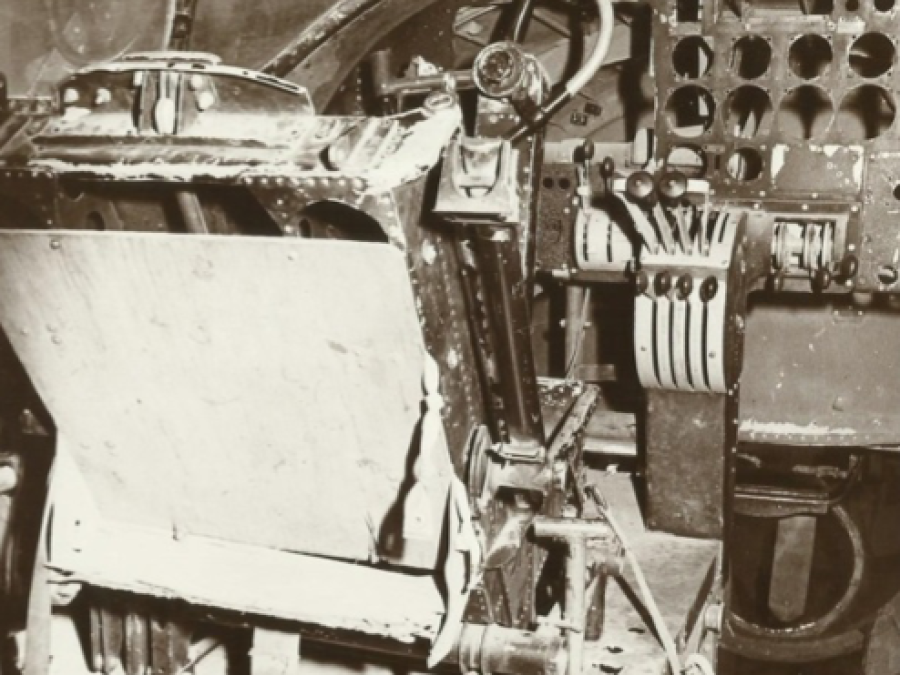 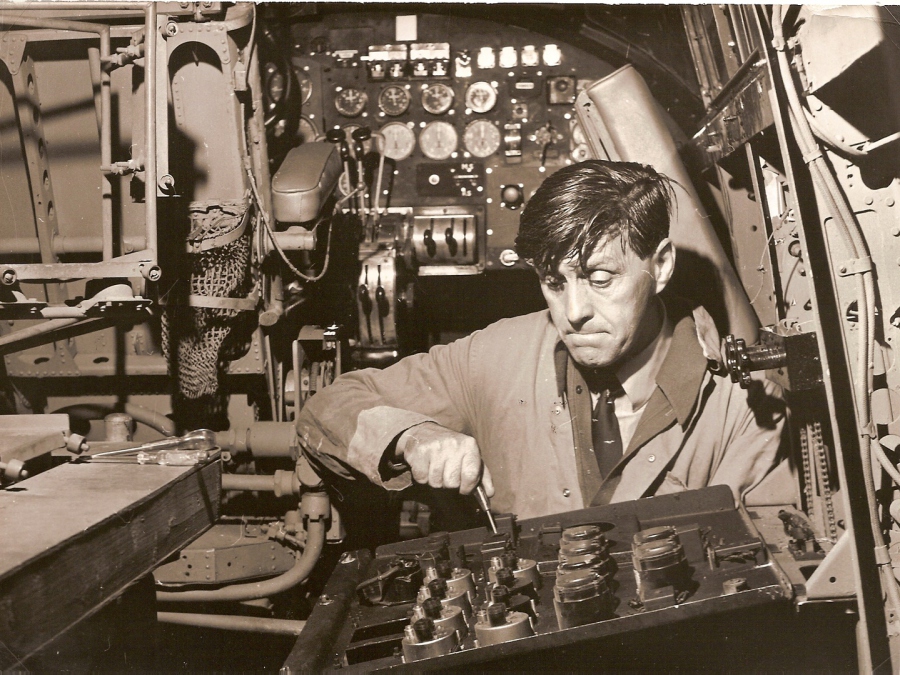